As keynote speaker, he kicked off the inaugural M&T Summit hosted by the Jerome Fisher Program in Management & Technology, a dual-degree program that combines the business knowledge of The Wharton School with the technological know-how of Penn Engineering.

Prof. Gad Allon, Director of the M&T Program, introduced Luhnow, who is a proud M&T alum. “Jeff symbolizes a typical M&T, equipped with an analytical mindset and a skill for using rigorous data-driven methods in innovative ways — from his days as a consultant at McKinsey to general manager of the 2017 World Series Champions.”

But the Houston Major League Baseball team certainly wasn’t on a winning streak when he first started as general manager. “The Astros were addicted to winning the World Series,” Luhnow said of the team’s mentality when he first joined them. “They tried to beat the beast, but it was really a long, painful, slide to the bottom… My first year, we lost 107 games. My second year, we lost 111 games. We had a bad farm system, and a bad Major League team.”

“Organizations tend to deplete their future to sustain their present,” he explained. “We really needed to focus on increasing capabilities so that the Astros could get to the top — and stay there.”

To implement this future-focused philosophy, Luhnow wanted to first ensure that the team had a solid financial basis. As such, he made two unusual hires at the beginning of his tenure: an economist and an MBA. These experts maximized the Astros’ payroll by working around the team’s economic limitations — for example, its disenfranchised fanbase.

4 Steps to Building a Winning Team

Next, Luhnow implemented a four-part management strategy to achieve data-driven results, which he shared at the Summit:

To most effectively improve a team’s ability using data, Luhnow believes that analytics must be tailored to the specific requirements of its sport.

“Baseball is unique because we are exerting immense force in intense bursts,” he explained. “You need to ask: how do you define power? How do you identify and develop it? It’s the same with speed and strength, too.”

With regards to scouting and long-term player development, Luhnow posed the question: “How do we start with 14-year-old Dominican players and get them to become 38-year-old Major League players?”

His answer is determined by analyzing players’ sporting histories — and keeping an open mind. “Our players are not the strongest or the fastest, but they are excellent players and have a great track record,” he said.

According to Luhnow, another aspect of the solution is seamless integration between coaching and training. Coaches instruct players to change their mechanical movements, data analytics identify physical limitations that prevent players from applying coaches’ corrections, and trainers then help players work through their problems directly.

3. Become a leader in technology and innovation

Luhnow highlighted pitch-tracking as an example of such technology. Pitch-tracking follows the baseball across the field as it moves — Luhnow is in awe of its unprecedented ability to capture immense detail in real time. “We talk about big data, but this is overwhelming,” he said.

4. Maximize the performance of athletes through medical practice

In accordance with the theme of this year’s M&T Summit, “Big Data and Personalized Health,” Luhnow spoke about the important role that data analytics plays in sports medicine.

He pointed out that when a Major League team is expected to win but actually loses, general managers often say that they were unlucky with injuries.

But Luhnow doesn’t believe in that excuse. “We need to anticipate injuries, rather than wait for them to happen before reacting,” he said. “Our mission is to use all sports medicine and technology available to maximize players’ performance on the field.”

To achieve this goal, Luhnow analyzes personalized data for each individual player. For example, he tracks their workloads and work intensities to determine optimal warm-up times before games.

Luhnow also emphasized the need for preventive screening of injury risk. “We often measure asymmetries in players’ bodies, because those are areas most likely to break down,” he explained.

From Skepticism to a Promising Long-Term Outlook

Luhnow said that his radical reliance on data was initially met with skepticism. “I set up the analytics structure, but it was really hard to get people to use the information,” he admitted. “It wasn’t until a couple of people followed the program and made it to the big leagues that players themselves began asking us for strategies.”

Indeed, although the Astros were previously dubbed “outcasts of the industry” by reporters for their heavy use of analytics, many star players are choosing to join the Astros over other teams — even if they’re paid less.

Luhnow believes that their confidence in the Astros’ potential is warranted. “They’re the youngest team in baseball,” he said. “If the sports medicine team manages to keep everyone healthy, the Astros will be competitive for years to come.” 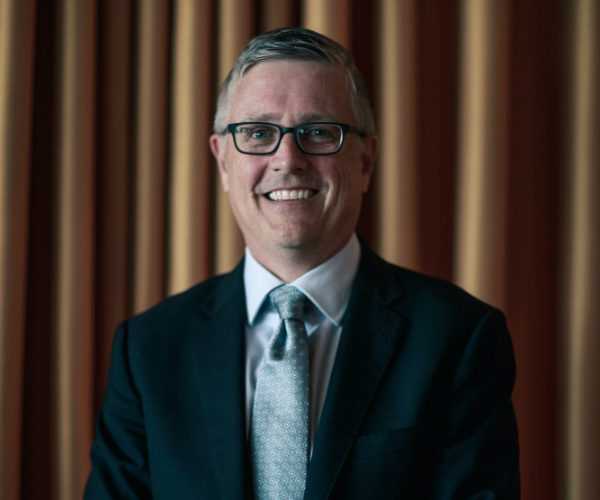 An M&T alum himself, Luhnow graduated with a BSE in mechanical engineering and a BS in economics with a concentration in finance from Wharton. Although he was always a big baseball fan, Luhnow didn’t develop any career aspirations to work in Major League Baseball until reading Moneyball — Michael Lewis’ bestselling book about Oakland A’s revolutionary use of analytics in baseball.

He was a successful consultant at the time, and the book inspired him to connect his consulting background with his love of the sport. Around the same time, Cardinals team owner William DeWitt, Jr. wanted to emulate Oakland A’s data-driven approach — and hired Luhnow as VP of baseball development in 2003.

During his time with the Cardinals, Luhnow gained a reputation for scouting and player development. In 2011, he joined the Houston Astros as their General Manager, where he was tasked with “disrupting” the baseball management organization.