Why This Silicon Valley Entrepreneur Chose to Go to Business School

When Shawn Xu, WG’19, G’19, chose to go to Wharton, many of his friends from Silicon Valley were against it. Now, he is more convinced than ever that he made the right choice.

I finally took the plunge  — I ignored many of my closest friends in Silicon Valley and decided to come to business school at Wharton. I still remember all the heated arguments. Folks in my inner circle of trust thought I’d be wasting the best years of my life. I hate to say it, but Silicon Valley loves to hate on MBAs.

Part of this attitude has to do with the embedded skepticism the startup community has towards formal education in general — we’re the folks who celebrate self-taught engineers and college dropout founders. But part of this also comes from real experience — a lot of MBAs are not taught the right skills needed to succeed in lightning fast technology companies.

My Reasons For Choosing Wharton

Here’s the good news — I’ve actually found that business schools are pivoting hard to adapt to the needs in the tech industry. Y Combinator CEO Michael Seibel shared his thoughts in a recent podcast on what MBA programs should be doing to prepare students for startups , and I believe some of the changes are already here. For instance, Wharton partnered with Penn’s School of Engineering to offer the highly popular MBA/MCIT joint degree program, which focuses on teaching computer science to students with zero technical background.

Wharton is also one of the few business schools in the country to have invested in a physical brick-and-mortar campus in Silicon Valley. Students have the opportunity to spend a semester there to specifically focus on tech. The school actually flies in some of its best professors every week to offer courses on entrepreneurship, product development, innovation management, venture capital, etc. These were all fairly positive signals for me that being tech-forward is a key priority for Wharton.

However, the ultimate reason that drew me to Wharton was actually the Lauder Institute, which offers the world’s preeminent dual degree program for global business and global affairs. For much of my adult life, I’ve been deeply invested in studying and shaping the economic, political, technological, and social forces that are driving globalization in the 21st century. I’m willing to take a few years off and put my technology career on hold to do this, as it’s not altogether straightforward to learn on my own in Silicon Valley.

And so, I packed my bags and landed in Philadelphia for graduate school. Today, I’m several months in, and everything that’s played out since school started has reinforced in my mind that this was the right decision.

The Opportunities That I’ve Had

Lauder has also given me extraordinary access to key influencers. Over the summer, I traveled across East & Southeast Asia with twenty region-specific students. The Lauder Institute gave us opportunities that I could never have dreamed of in Silicon Valley.

I had the opportunity to pick Australian Prime Minister Kevin Rudd’s brain for advice on Chinese foreign policy. In Hong Kong, we contemplated the nature of democracy with Umbrella Movement figurehead Professor Benny Tai.

In Seoul, we debated “off-the-record” with South Korean Ambassador Moon Chung-in — the new administration’s chief international security advisor — on North Korean policy. Staying true to my roots, I also met with entrepreneurs and venture capitalists in Beijing, Tokyo, Singapore, and Kuala Lumpur. These were only possible due to my ties to Lauder.

Lauder has empowered me to conduct my own original research. I’m still in the early phases, but I’ll be working on autonomous vehicle regulatory policy in the emerging world (e.g. BRIC nations). I’ve been plugged into more think tanks and policy experts than I can count, and again, I’m thankful that Lauder has been there to help me along the way.

Perry World House has also afforded me a unique opportunity to engage with leading scholars across the university. I’ve been lucky enough to be selected as Lauder’s representative member on the Perry World House Committee  —  a student-run assembly of students charged with connecting the rest of the university to the speeches, lectures, and workshops hosted by the institution.

One of my favorite highlights from my first month has been meeting former Vice President Joe Biden and former Mexican President Felipe Calderon at a recent talk.

As for the traditional business school community, I won’t lie to you — I was pretty nervous about meeting wave after wave of cookie cutter bankers and consultants. In fact, when I first arrived at Wharton, I experienced intense culture shock. Many of the MBA students I first met had a fundamentally lower capacity for risk and uncertainty than the entrepreneurial crowd I was used to in Silicon Valley (e.g. novel ideas were approached with “what are all the reasons why this is impossible” instead of “what are all the things that we need to believe to make this work”).

At the same time, I’ve come to appreciate the value of perspectives and cultures very different from my own. I’ve had deeply held political beliefs intelligently challenged by classmates from parts of the country I’ve never stepped foot in. I’ve gotten a first glimpse at just how much goes into being a working parent (some of my peers are juggling school and 2–3 kids).

I’ve had dinners with classmates who were previously professional football players or nuclear submarine engineers. Wharton has been a diverse melting pot, and I think building relationships with folks outside the Silicon Valley bubble has been healthy for me.

In any case, I’ve found my “tribe” amongst Penn’s entrepreneurial community of serious founders, investors, engineers, and hustlers. This crew is laser-focused on building the future, and I love them for it.

In my first month at Wharton, I joined a 5-person team from within this community to compete at Tesla’s first-ever case competition. We pitched a smart AI concept designed to maximize driver safety, and won 1st place! We’ve been offered the opportunity to spend the summer building the Minimum Viable Product (MVP) at Tesla’s headquarters in Palo Alto. I certainly wouldn’t have forced myself into such a stretch experience had I stayed in Silicon Valley.

At the end of the day, I want to become an informed global leader who can help make a difference in people’s lives. I believe my experiences at the Wharton School and Lauder Institute will help me do that.

Call me an idealist, but I still think that universities are the greatest engines of transformation in our society. They serve as the nexus point of knowledge, information, and imagination.

I want to collaborate with our generation’s most talented entrepreneurs, engineers, and designers on the world’s most pressing challenges. If you put us in a room and ask us to solve a problem, there is little doubt in my mind that we would be able to come up with something more extraordinary than if we had stuck to our own silos.

This is the crux of what brought me to business school. I’m eager to see what’s next over the years I am here.

This story was adapted from “Why I Decided to Go to Business School“, which originally appeared on Medium. All photos courtesy of Shawn Xu. 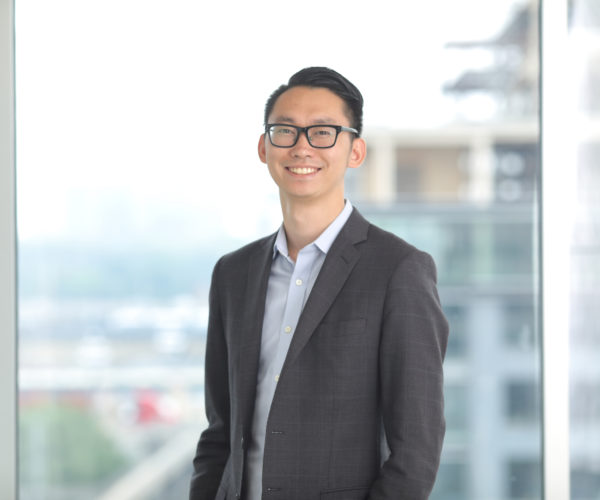